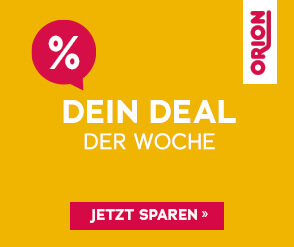 Knowing the causes: Why do you get an early orgasm?

Premature orgasm occurs in the best of relationships. Mostly they are not worth mentioning and at the latest with the next love game the early orgasm is forgotten. However, if it happens again and again, you wonder why you can’t get the lust under control.

There are three main causes that can be the reason for premature orgasm during sex:

Cause 1: You put yourself under pressure

A common reason that leads to premature ejaculation, especially in men, is their own pressure to perform. Men want to stand their ground and show the woman of desire what they have to offer. They put themselves under pressure when making love. The sex has to be perfect and you have to shine with long stamina – premature ejaculation is therefore undesirable. The other way around, it can also be the case that your partner has very high expectations of your love life and the man tries to live up to that. The more pressure is built up during sex or in the relationship in general, the more likely it is that ejaculation will occur prematurely.

Cause 2: The learned early orgasm

For the first two causes, regular exercise is the solution to delaying orgasm. However, if nothing changes for weeks despite training, premature ejaculation can indicate physical problems. These should definitely be checked out by a doctor.

With these 8 tricks and exercises you delay your orgasm!

If you put yourself under pressure, you are automatically more tense. The more tense you are, the faster your state of arousal increases, even during sex. Use the foreplay specifically to surrender to the situation and also pay attention to your breathing. Take a deep breath is the motto! You should concentrate primarily on abdominal breathing – this releases physical and mental tension. Your relaxed behavior also benefits your partner, because you can devote yourself to his needs.

The classic “in-out movement” particularly stimulates the penis and clitoris. If you notice that you want to delay the orgasm a little longer, you should first slow down the rhythm and then switch to a relaxed rotation of the pelvis. For example, you can switch to the “lotus flower” sex position. In this sex position, the man sits cross-legged and the woman sits on his lap. The position is very intimate and only allows rotating movements.

A secret trick to keep the man erect is to squeeze the Jen-Mo point just before ejaculation. The Jen-Mo point is a small indentation that lies directly between the testicles and the anus. If this point is pressed shortly before orgasm, this leads to an ejaculation reflex – the so-called injaculation. The urethra narrows and semen flows back to the prostate instead of escaping in the form of an ejaculation. The man experiences an orgasm, but keeps a steadfast penis. A win-win situation for both partners – while the woman can continue to be stimulated to orgasm, the man experiences multiple orgasms and continues to feel great excitement.

One cause of premature orgasm can be the pressure you put on yourself or the pressure put on by your partner. A perfect sex practice to distance yourself from your own sexual performance and simply indulge in the essentials is bondage. Let yourself be captivated by your partner! Due to the shackles, you are severely restricted in your movement – the expectations of yourself and your partner drop immediately, after all you can hardly get involved actively. You are in the fortunate position of being able to take on the passive part – just sit back and let your partner spoil you during sex!

Use condom and delay gel

There are sex positions that men and women individually find particularly arousing and in which they reach orgasm particularly quickly. So that the fun in this position does not end too quickly, it can help to use a condom. The condom means that friction is felt less strongly – this can help the respective partner to last longer. If the man comes too early, you can use models that contain a delay gel and thus slightly numb the glans.

If the man reaches orgasm too early, a cock ring can also increase his endurance. The penis ring causes blood to congest, which makes the erection last longer. The cock ring increases sensation and thus arousal, but at the same time ensures that the man can delay ejaculation even with stronger stimulation.

As already mentioned, women and men have their individual favorite positions in which they can be sure of reaching the climax. Our tip: Just switch to a different position just before the climax or take your favorite position late so that both partners can climax together.

Think of something else

Targeted training of the pelvic floor muscles helps both women and men gain better control over their feelings. If you want to become a better lover and concentrate even more on your feelings during lovemaking, you should definitely try targeted pelvic floor techniques.

Both women and men get into the situation of wanting to delay orgasm from time to time. With our methods and techniques you will manage to get your arousal under control. It’s important not to see early orgasm as a problem if it’s infrequent. Important: The pressure to perform arises in the head – so it’s better to think about nothing.