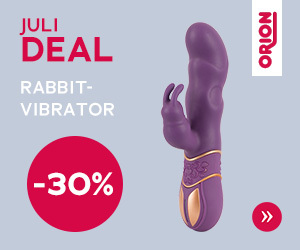 There is, by definition, something exclusive about a club, often something mysterious and sometimes a bit wicked. The latter is definitely the case with the “Mile High Club”. Anyone can become a member. The only requirement: Have had sex on a plane once in your life. To be more precise: above a nautical mile – which corresponds to 1852 meters – a man or woman must have had sex on the plane in order to officially be able to call themselves a member of the “Mile High Club”. Of course, the actual club doesn’t exist. So the thing is rather unofficial – and therefore even more exciting.

We tell you how the club came about, what the autopilot has to do with it, how some companies have dedicated themselves to expanding the “Mile High Club” – and above all we give tips on how you can enjoy them too special membership can come. According to an online survey by urlaubsguru.de, 65 percent of people would like to have sex on the plane themselves, while another 10 percent are said to be already members of the club and have had sex on the plane.

Aviation pioneer Lawrence Sperry and his wife Waldo Polk are credited with founding the Mile High Club. As early as 1916, the two are said to have had sex in an airplane built by Sperry himself. This was made possible because Sperry had recently invented autopilot. The little hour above the clouds with his wife was impressive proof that the autopilot was doing its job – and the “Mile High Club” was born. Sperry and his wife were the only passengers on the plane at the time. The risk of being discovered was correspondingly low. The love game was still dangerous, after all, the autopilot for the plane was far from being standard equipment.

In the meantime, of course, autopilots in airplanes have proven to be reliable. On the other hand, sex on an airplane is dangerous in other respects these days: the danger of being caught in the middle of the act is actually always there, even in the airplane toilet. In a regular airliner, sex as an act is the public nuisance namely forbidden – and the flight attendants in all airlines can also open a locked door from the outside at any time. With providers like “Love Cloud Vegas” this problem is meanwhile circumvented. This company provides private charter planes in which the passenger compartment has been modified in such a way that two (or three) of you can spend an erotically sizzling time together in a romantic atmosphere in flight above the clouds. Of course, this luxury also costs a corresponding fee.

Our tips for becoming a member of the “Mile High Club”.

If you have the necessary change, you can of course have your very special flight pleasure in a specially chartered machine. For us mere mortals, however, this is not an option. So here are a few tips that you, as a passenger, can enjoy on a normal flight:

• If you find the on-board toilet to be too narrow or unhygienic, you can also have sex in your seats during the flight. But that’s really only possible at night, when most of the other passengers are asleep. You also have to be lucky with the allocation of seats. If the plane is not fully booked, then a seat in the back row offer a surprising amount of privacy. Add a large blanket and let the fun begin. Of course, you should avoid loud moans.

• That is much more private airplane toilet. But the same applies here: the right time watch out! Before or after eating and before going to bed, there is usually a real run for the toilet, so you should avoid these times. In the middle of the night, the probability of being noticed is also lowest in this case.

• If you want to earn Mile High Club membership in the restroom, there are two ways to go there. Either you go one after the other and hope no one notices what you’re up to. Or you can confidently go as a couple, but take it Toiletry bag and toothbrush so obviously with you that it seems like you just like getting ready for bed together.

• No matter how inconspicuous you behave: You don’t have time forever! So limit yourself to just one Quickie. It is helpful if you put on clothes that are easy to put on, take off and pull down beforehand. Changing clothes for two in the on-board toilet is not necessarily easy, even for the most agile of people.

• It’s like so often in life: if you want things to be simpler, you only have to pay for it. But you don’t need to charter a private plane right away – not quite. Some airlines also offer 1st class Cabins for couples on. Officially, they are not intended for having sex on the plane either. But let’s be honest. If you shell out the equivalent of a small car for an airplane ticket, the travel companions of all airlines usually let you do it.

The right toy for sex on the plane

Sex on the plane: A myth that promises excitement

Hardly any other sexual fantasy is as widespread as having sex on a plane. It doesn’t matter whether it’s in the on-board toilet, in the dark of the night on the seats or in the luxury sleeping cabin: if sex is as beautiful as flying, then sex while flying must have a special appeal. Members of the Mile High Club will assure you that there are cozier, more romantic, more relaxed, and more enjoyable places to have sex. However, anyone who has ever experienced lovemaking above the clouds also knows that the plane does not have its reputation as one of the most attractive places for sex for nothing. So: don’t give a damn that you shouldn’t actually have sex on the flight, but be considerate of the other passengers – and dare to make your fantasy come true and join one of the most exciting clubs of all.

Further links on the topic:

Penis Sleeve – The upgrade for everyone | BBFactory

Shibari: The mysterious art of bondage from Japan | BBFactory