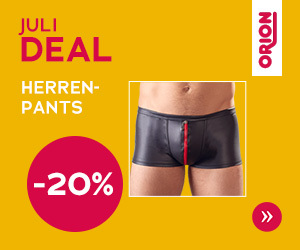 Japan bondage – originally called Shibari – is a bondage art originating from Japan. The term “Shibari” comes from the Japanese and means something like “tie”. With Japan bondage, the focus is on aesthetics and forming a unity with your partner. Shibari combines sexual pleasure with artistic freedom. Learning the different knots takes time and a lot of trust. Couples who practice Japan bondage feel an intense connection. In this article we will introduce you to the mysterious bondage art from Japan. We introduce you to traditional restraints and give instructions for the first, simple Japan bondage knots.

Japan bondage was originally a martial art used by the samurai. In addition to tying up opponents, Shibari was also used as a method of torture. The techniques were also used by the police and military in Japan up until the 19th century.

In modern times, Shibari has gradually developed into an art style. In Japan bondage, sexual arousal is not the only focus. Rather, it is the aesthetic bondage art that erotically stages certain body regions. The art style is particularly common in Japan’s underground scene. Well-known Shibari artists fascinate the audience with live performances on a stage, pictures and videos. Each artist has their own style – this can focus, for example, on hanging bondage or bondage techniques on the floor. Dealing with the individual artists and their works of art is exciting for couples who want to delve deeper into the subject of Japan bondage.

Traditionally, natural fiber ropes made of hemp or jute are used for Japan bondage. In order to make the ropes made of natural materials supple, a pre-treatment is necessary before use. To do this, they are either wetted with oil or flamed. A modern way to make the bonds supple is to let the ropes dry under tension and then put them in the dryer for about 15 minutes.

As an alternative to ropes made of hemp and jute, cotton shackles are often used for Shibari nowadays. These are also soft and comfortable on the skin. Typically, most Shibari knots require 7 meter ropes. Depending on the knot, beginners can initially use a rope length of between 5-10 meters. It is absolutely not advisable to use ropes made of plastic. Friction can cause injuries to sensitive areas of the skin.

In Japan bondage there is an active part (also called rigger) and a passive part (also called model). There must be absolute trust between the rigger and the model. Traditionally, the man ties up the woman, but in the new era of Shibari art, men are also tied up. If you want to learn Shibari, you need skill and, above all, patience. The knots must sit correctly – this is the only way to minimize the risk of injury and create a wonderful aesthetic. Beginners can first test with two simple knots, the single column tie and the double column tie, whether Japan bondage is really suitable for their bondage games. These accounts are well suited to putting on handcuffs and ankle cuffs and artfully staging the first body parts. In the long term, those interested in Shibari set themselves the goal of being able to knot their own “rope dress”. However, this requires a lot of experience and knowledge of different types of knots. If you want to advance your Shibari skills and learn familiar knots like takate and karada, be sure to visit a Shibari class near you.

1. The Japan bondage rope is gathered in the middle so that there is a loop at the top and both ends hang down the same length.

2. Now take about the first 50-80 centimeters (if you have a shorter rope, pay attention to the length ratio in the video) of the rope end with the loop. The rest of the rope just hangs down. This end is wrapped twice around the arm above the wrist.

3. Now the loop is taken and placed over the first two wraps and then passed under the ropes. Here you use your index finger as a support to pass the loop under the two ropes. The bondage should only be tight enough to fit two fingers between the rope and your arm.

4. The loop is still held with one hand. The other hand now grabs the ends hanging down on the other side. A loop is formed with them. To do this, place both ends on your index and middle fingers and turn your wrist once so that a crossed loop is created. The loop is pulled through this circle from the beginning.

5. In the last step, the starting loop is folded over and inserted into the loop that has just been created. Then the knot is tightened and it’s done.

Of the Double-Column Tie binds two arms and works on a similar principle. To do this, both forearms are stretched parallel to the front with a distance of about 15 centimeters. Then you first proceed as with the single-column tie by forming a loop as in step 1. Instead of between the arm and the bondage, the loop is carried out in the 15 centimeter gap that exists between the two forearms. Then the procedure is the same as for the single-column node.

What should you pay attention to with Shibari?

Like western bondage, Japan bondage is about fixing your partner. Whenever ropes are used to immobilize the partner, there are a few things to keep in mind in the preparation and during Shibari restraint:

Shibari is a form of art to express one’s senses and stimuli in an erotic and aesthetic way. When it comes to the art of bondage, beginners initially concentrate on individual knots for tying up the arms and legs. Only then do they learn practices for tying up their upper body and chest and later the whole body with relish. When practicing Shibari, the partners get very close – it is the ideal sex practice to take the partnership to the next level in terms of trust and bonding. Shibari is associated with the devotion to the beauty of the partner – it takes couples into a new world of feelings!

Satisfy a man anally: That’s how it works | BBFactory

Womanizer Plus Size – Discover now in the BBFactory magazine

Poll – Which sex practice would you like to try?