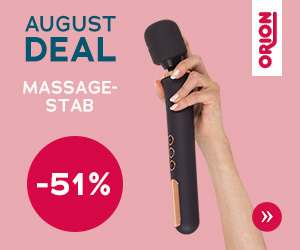 Condoms are unique in two ways: they are the only contraceptive that protects against STDs and they are the most common contraceptive used by men. Reason enough to take a closer look at the different types of condoms, because contrary to what their reputation suggests, condoms not only provide protection but also other profitable advantages during sex – for men AND women!

The history of the condom goes back many centuries: First, woven fabric was used as a contraceptive, which was later replaced by animal membranes due to a lack of safety. The first real condom came about after Charles Goodyear succeeded in making durable rubber in the 19th century. Finally, in the early 20th century, latex was used to make condoms. Since then, manufacturers have steadily improved their condoms and added a reservoir for men’s semen – but it wasn’t until the 1990s that condoms became widespread in many countries.

Hundreds of years ago, the goal of using condoms was to protect against diseases and unwanted pregnancies. However, condoms have never been as safe in their protective effect as they are today, and it is not without reason that they are the number 1 contraceptive when it comes to protecting yourself against communicable diseases. They should therefore always be used when you come into intimate contact with unknown people with whom you do not have a stable relationship.

In addition to contraception, condoms also bring a lot of fun into your love life. Condoms with nubs, grooves, taste or in color enrich the sex and provide variety!

The different types of condoms on the market enrich sex life. They not only protect during sexual intercourse, but also bring numerous other advantages with their individual properties. It is always important that the condom fits correctly in terms of shape, width and size. You can determine the correct condom size or fit by using a condom sizer – a plastic caliper – or by measuring the circumference and length of your penis with a measuring tape. Once you have determined your size, you can choose your favorite from a wide range of condom types. Whether XXL condoms, condoms without latex or with a thicker wall than normal condoms, the selection is large. To make things easier, here are a few examples:

Real-feeling condoms are now wafer-thin. The argument of many men that they don’t feel enough during sex with a condom is finally invalidated with these wafer-thin condoms. The condoms do not interfere at all during sex and are hardly noticed at all. They’re the perfect contraceptive for anyone who enjoys trying out sex with others, or for couples who want to avoid using hormonal birth control. Whether for oral, vaginal or anal intercourse – condoms that feel real are suitable for every pleasure. If you also use a condom-friendly lubricant, you will no longer feel the difference to sex without a condom.

As already mentioned, you should generally pay attention to the right condom size and fit, but you should pay particular attention to condoms that feel real: This type of condom can only keep its promise if the condom fits snugly on the penis. In addition, real-feeling condoms usually fit relatively tightly, i.e. if they are too tight, there is a risk that the condom will tear and that full protection is no longer given.

The long-standing excuse that men have a latex allergy and therefore cannot use a condom no longer counts. Men and women with latex allergies simply use non-latex condoms. How do you know if you’re allergic to latex? Many of those affected often do not actually know that they suffer from a latex allergy. Here are a few tips: If burning, itching or redness in the genital area occur frequently when using condoms, you should have yourself tested for an allergy to latex. Latex-free condoms are very well tolerated and many manufacturers even offer them with nubs, so that the fun of sex is not neglected here either!

Well-hung men often have the problem that a normal condom does not fit properly. The condom must be pulled on and unrolled with the utmost care, as the tight-fitting condom can tear quickly. The perfect fit in width and length has the highest priority when using the contraceptive. The XXL condoms allow men with a large penis more comfort and security. An allergy to latex is not a problem here either: the XXL condoms are also available in a latex-free version.

Condoms with nubs and grooves increase sexual sensation – this is ideal for women who find it difficult to reach orgasm. The nubs and grooves stimulate the clitoris more than sex with normal condoms or without a condom. As a result, women perceive the feeling with this type of condom more intensively and thus reach the climax more easily. Men also perceive the intense feeling of the nubs during sex, although less strongly than women.

Delayed condoms give men longer stamina: When desire increases and sex is wonderful, you may reach orgasm sooner than you think. It is also often underestimated that many couples cannot enjoy the orgasm together because the woman takes longer than the man to reach the climax. Delaying condoms make lovemaking last longer and allow you to fly high together.

There are three types of delay condoms. First of all, there are condoms with a thicker wall, which somewhat inhibit the perception of sensation on the glans and thus enable longer steadfastness. Then there are delaying condoms filled with a stimulating gel that has a slight numbing effect. The third variant has a reinforced edge that acts as a kind of cock ring and thus ensures a long-lasting erection.

This is how safe lovemaking works with Pepp!

Condoms are diverse and much more than just a contraceptive. The most important thing is that you choose the right condom size and fit for your penis to ensure the best condom fit. This is the only way to ensure protection! If you do it right, condoms not only provide safety but are also guaranteed to bring more pleasure into your love life. For example, women benefit from dimpled condoms because they finally bring them to orgasm, while men can prolong their stamina with heavier-walled, delaying condoms. A blowjob is also much more fun if you use a flavored condom for it. And you don’t even have to do without lubricating gel when using condoms, the main thing is that it is condom-friendly and does not attack the latex. Conclusion: Men and women alike have something from the different types of condoms.

Make a penis ring yourself: It’s that easy | BBFactory

ICE Packaging – Is it a discreet package?

Poll – Which sex practice would you like to try?