I found via Sexblo.gs an article published on the German site “Spiegel Online” which speaks precisely of Fun Factory.
We learn that ” Dirk Bauer ” the creator of Fun Factory has become a creator of sex toys somewhat unwittingly. Originally he wanted to open a shop selling sex toys for women in Bremen (in 1995). Only the flesh-colored Zob-shaped sex toys of the time did not sell and it was a flop. So he bought himself €25 worth of silicone and started in his kitchen with a friend to create dildos in the shape of penguins and dolphins. Take ! A dolphin… Does that remind you of anything?

Now Fun Factory exports around the world mainly to USAin France and in Spain or you can find these products in larger stores (Spring in Paris in particular). Strangely, Germany doesn’t seem ready for Fun Factory yet because the department stores seem to have a hard time with “eroticism”.

Still, the factories are currently producing 4,000 sex toys per day and sales increased by 5 to 13.5 Million €uro since 2004. And to meet the demand, they had to double the workforce and all that since Breamwhile many would have chosen to go abroad for less expensive labour. 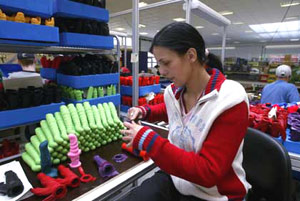 A member of the forum needs your advice! – BBFactory

Using a Fleshlight as a Penis Enlarger – BBFactory

Sex toys, from their creations to the present day – BBFactory